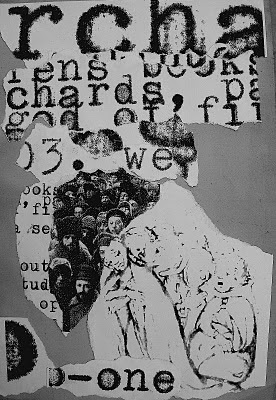 mostly they have explained your world

they invented colours for the vowels -

(u) glyphs & harm. understood simply as in
(e) simply / public spheres or stones
(o) chemicals & stones
(i) feasts of hunger, simply as in, stones
(a) stones

“so anyway”, while we were picking berries
pretty as a kidnap / “our superiors”
o paradise. here is a small door.

- blue - the ultimatum expands on
- green - we presume the decision not
- red - magnetic idiocies, mostly
- white - our arseholes are different
- black - “isolation in its pure phase

anxiously their faces, were not there
it was a kind of heaven, scraps of sky

cold wind. passengers and crew.
Posted by Sean Bonney at 7:32 AM 3 comments: Links to this post 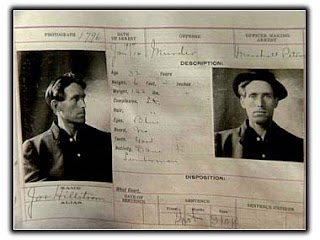 mayday. the alphabet was a system of blackmail
complacent, would skate on our regulated senses

“sister, I hear the thunder of new wings”
some crap about the immanence of vowels etc

(a) an offensively wholesome social milk
(e) understood fucking as a swarm of conformity. was
(i) what was locked there was. chatter, flies etc
(o) a stringent regime of structural reforms &
(u) well, targets, neutrality. a closed circuit of abstract numbers

& us, locked out. the alphabet was, ultimately, not ours
in any case, its mythological shells, its crumpled octaves &
spectra, zilch / the conversation a hierarchy of

eclipse (as in a universe, infinitely compressed)

“our silence is powerful”
“the voices you strangle today”
Posted by Sean Bonney at 5:36 AM 5 comments: Links to this post