Letter Against the Firmament (one)

I think I’m becoming slightly unwell. I’ve developed a real fear of the upstairs neighbours. Every morning they emit a foul stench of bitumen and bitter, moral superiority as they stomp through the corridor on their way to work. A while ago I told you I rarely leave the house, now I can’t, they’ve spun a web of 9 to 5 self-worth across the door, a claim on the law, moebus claws. I’m trapped. I keep the curtains closed. Don’t answer the phone. Panic when the mail’s delivered. I don’t know if this is normal behaviour, if anyone else feels the city as a network of claws and teeth, an idiot’s hospital, a system of closed cameras and traffic. I’m probably beginning to smell. In fact I know I am: a thick cloud of inaudible noises from upstairs, dank growlings from somewhere outside the ring of the city. I feel I’m being menaced by judges. Who the hell are they. What are they doing inside me. I can’t hear their voices, but each chain of wordforms solidifies inside my throat, inside my mouth, inside my own voice. It is no articulate sound. It is as if every verb had coagulated into a noun, and the nouns themselves transformed into something subterranean, blind and telescopic. I don’t know if I can even see. I think I injected my eyes with gold one night, or at least the idea of gold, some kind of abstraction, and ever since then I’ve only sensed the city, as a wave of obsolete vibrations and omens. The gold itself some kind of anachronism, a dull rock rolling backwards into whatever remains of historic time. Each time-unit manufactured by a sweatshop suicide somewhere on the other side of the planet. The entire history of London, from its origins as an occultist trading post right up to some point in the not so distant future when it will be inevitably sucked into the spinning guts of Kronos and, well. All of that manufactured by sweatshop suicides, the kind of people my upstairs neighbours will insist over and again simply do not exist. But what do they know? Each evening I hear them, walking around, stomp-stomp-stomping, tap-tap-tapping out their version of social reality on their floor, on my ceiling. It’s terrible. And since I can’t even leave the flat anymore, the ceiling might as well be the whole of the sky, and they’re tapping out new and brutal constellations. Here’s the sign of the surveillance camera. Here’s the medusa. Here’s the spear of Hades. Here’s the austerity smirk. Here’s the budget. A whole new set of stars. Astrology completely rewritten. Its like they’re the sun and the moon, or the entire firmament, a whole set of modernized, streamlined firmaments. What fucking asswipes.

Posted by Sean Bonney at 5:53 AM No comments: Links to this post

Memo: On Violence 8, 9, 10 (after Louise Michel and Louis-Auguste Blanqui) 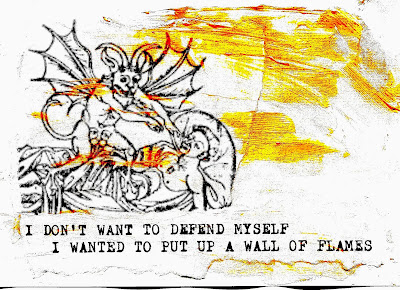 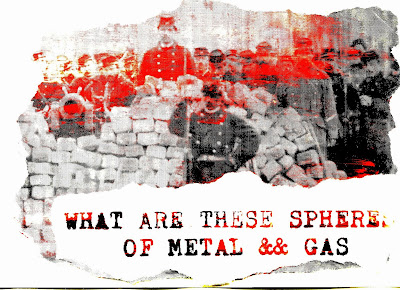 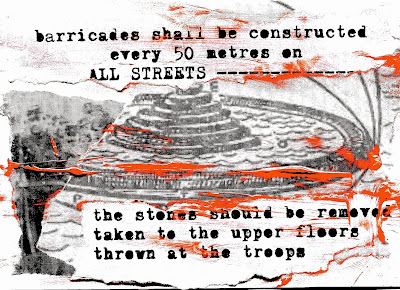 Posted by Sean Bonney at 3:41 PM No comments: Links to this post 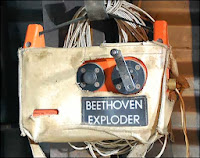 5.    Walter Benjamin, at the beginning of the crisis of the 1930s, wrote of the need for a study of “esoteric poetry”, and of its “secret cargo”. His wager was that the forces of the crisis would enable such a study to reveal the rational kernal of poetic mysticism. “We penetrate the mystery only to the degree we recognize it in the everyday world”, he claimed, “and perceive the everyday as impenetrable, the impenetrable as everyday”. The “impenetrable” exists in two aspects: the invisible lives of migrant workers, benefit claimants etc, and the invisible workings of capital itself, only partially expressed in the lives of the very rich. Part of the intellectual struggle is to grasp these two “mysteries” in the mind at the same time, and to force into view their destructive unity, opening out into infernal history, into hidden constellations, Robinson’s demon. Poetry cannot do this alone, but it has its own way of contributing to the task. René Ménil, publishing alongside Aimé Césaire in Tropiques – an anti-fascist journal disguised as a magazine of poetry and Martinique folklore – wrote that “at every moment the poet is unknowingly playing with the solution to all human problems. It is no longer appropriate for poets to play childishly with their magical wealth; instead, they should criticize the poetic material with the aim of extracting the pure formulas for action”. To extract the magical wealth means that poetry’s intensities can come to match, and occupy the intensity of money. Wealth as Hades, as the accumulated dead labour and sensory reality of history, as the law that fixes reality as conflict, as the “silence at the top of our screams” that becomes audible with the rational clarity of what Hölderlin called “the eccentric orbit of the dead”: an alignment of the planets, the negation of the irrational din of capital itself. The task, as Bertolt Brecht outlined it in the 1930s, is hideous, massive and brutally simple: “we must neglect nothing in our struggle against that lot. What they are planning is nothing small, make no mistake about it. They’re planning for thirty thousand years ahead. Colossal things, colossal crimes. They stop at nothing. They’re out to destroy everything. Every living cell shrinks under their blows. That is why we too must think of everything”.
Posted by Sean Bonney at 8:29 AM 2 comments: Links to this post