Quotations toward a militant poetics 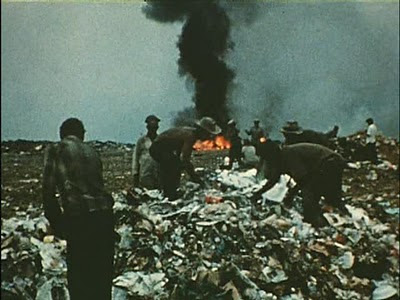 One fragment is not, after all, visible.

Only since we have started using violence ourselves, has a realistic dialogue begun to develop, as the system is having to pull back its veil and speak.

Thus the atoms obey the logic of social groups, but so do works of art and philosophical systems, when they are analysed and broken up into their smallest parts.

The 'ancient' cinema was shooting one event from many points of view. The new one assembles one point of view from many events.

In times of upheaval, fearful and fruitful, the evenings of the doomed classes coincide with the dawns of those that are rising. It is in these twilight periods that Minerva's owl sets out on her flights.

from Eisenstein, Brecht, Khlebnikov, Meinhoff
Posted by Sean Bonney at 10:07 AM