Letter on Harmony and Crisis 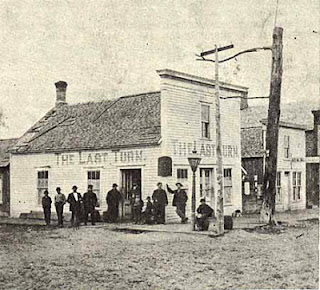 Thanks for your list of objections. I accept most of them: my vocabulary, my references (my identification papers) are for the most part things I’ve pulled from the past. Old films, old music: abstractions, commodities. Its exactly the same when I go to the supermarket. The instore radio, the magazines, the DVDs: all of them register some kind of obsessive relationship with the culture’s recent past.  Don’t think I’m moaning about it. I quite like it in the supermarket, I go there every day, in fact I rarely go anywhere else. Its a kind of map of the future of London, adjusted to admit a slightly censored collective history, where friendly and contradictory forces confront each other with rapidly diminishing strength. Astrology, basically. Or at least some form of stargazing. A weird constellation of information, fact and metaphor that invokes a comforting aura of a very gentle death disguised as a glistening array of foodstuffs, endlessly re-arranged on the gridplan of the shop to give an impression of constant social movement. Its a substitute for the calendar, basically, a system of harmony set up to keep an extremely fragile stability in place. Its why they only ever play certain songs in there. Simply Red, for example. Though that’s not quite the case. I was walking around in there the other day, wondering what it would be like if they were playing Leadbelly’s “Gallis Pole” over their radio system. You know the song. Did you bring me the silver, did you bring me the gold, and all of that. The guitar picking sounds kind of like a spiderweb. It would actually make the whole thing worse: the vibrations would empty the content of the supermarket back into the frequencies of folk ballads and superstition. Rings of flowers and gallows trees. It would be useful insofar as the contradictions and antagonisms of bourgeois production would be strikingly revealed. It would be a disaster inasmuch as all sound in the supermarket, including the old Leadbelly song, would be reduced to a frequency spectrum of predominantly zero power level, except perhaps for a few almost inaudible bands and spikes. We wouldn’t be able to get out, is what I mean. All known popular songs would be seen flickering and burning like distant petrol towers in some imaginary desert. Well, not really. Actually, thats why I hate all those old bands like Led Zeppelin. They took all those old songs like “Gallis Pole”, straightened them out, and made them an integral part of the phase velocity of  the entire culture, arranged as a static sequence of rings, pianos, precious stones and prisons. Its not entirely hopeless, though: the circulation of these songs does contain within itself the possibility of interruptions. I’ve been following the progress of the strikes at Wallmart with great interest, for example. They’re establishing a system of counter-homogeneity, basically: the structure of the supermarket is kept in place, but all of a sudden the base astrological geometry of that supermarket is revealed as simplistic, fanatic and rectilinear, and the capitalist city as a tight lattice of metallic alloys, ionic melts, aqueous solutions, molecular liquids and wounded human bodies that would prefer not to die. The city is all perimeter. And song is not, ultimately, a rivet into that place, but absolute divergence from it. The event horizon as a rim of music, all vocabularies as an entire symphony of separations all expressed at the moment immediately prior to their solidification into the commodity form. At that moment there is everything to play for. All else is madness and suffering at the hands of the pigs.

*
The last sentence is adapted from "Affidavit No. 2: Shoot-out in Oakland" by Eldridge Cleaver. There are also a couple of near-quotations from Marx's "Theories of Surplus Value", and a few words pinched from Trotsky's "Notebook on Hegel".