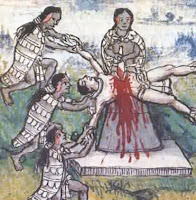 after Rimbaud's Vagabonds
Posted by Sean Bonney at 2:06 PM