I had forgotten human speech, it stuck in my throat . . . My voice came from Saturn - Diane di Prima 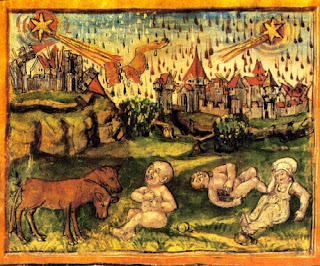 The victorians didn’t need alchemical diagrams they had factories. Diagram one: abandoned factory architercture. Diagram two: accumulation of years since the early 80s when Thatcher closed said factories. Factories compressed to the size of a small ball or asteroid approaching planet earth with all the historical force of a decommissioned god. God one: there is a cop inside my head there is a cop outside my head and the fact of their mutual destruction is the shape of abandoned factory architecture. Fact five: Rupert Murdoch. Fact eight: Theresa May. Fact three: the cop inside my head may be neutralised by a secret combination of forgotten names and when those names are pronounced and all forgetfulness is voiced London will burn Cameron will die.

Tiresias clambers up from hell which is. Only the noise that cities make as. She used to get information from the workings of birds but. Since we bound this city with threads of light and. They circle and ring like a rain of ragged logic and. Are fat with grease and grief and will not speak like. Inside the laws of hunger there is no grammar and. Loot the supermarket and. Those bones in that ancient ark are not your own and. Hell is the colour of human skin is not your own and. Tiresias her blind eyes scratch at bones are. All those new luxury flats are. This is the mystery of the eating of bread and bone says. Jump motherfucker jump.

Diagram five: fertility rites as emblem of the occupation of mayday. Class struggle misinterpreted as a ring of daisies. Ring one: impact of asteroid as metaphor. Ring two: names of cops as metaphor. Metaphor five: this is really happening. Ring six: Theresa May as symbol. Ring seven: infantile revenge fantasy. Symbol eight: Theresa May as ring of abandoned factory architecture translated into passport control. Symbol nine: abandoned factory architecture as magic and superstition translated into the belief that any of us ever existed. Fact one: sometimes it seems we live only as proof of the existence of cops. Proof one: Orgreave. Proof two: Newgate. Proof three: the class nature of comets the circulation of capital as a decommisioned sun. When those circles are charted and their diagrams pronounced London will burn Cameron will die.
Posted by Sean Bonney at 3:58 AM

NO NAF Thanks Sean, a fine pre-dawn read and diversion from considering the future forked from a buzzer in Adam's palm yesterday. Best