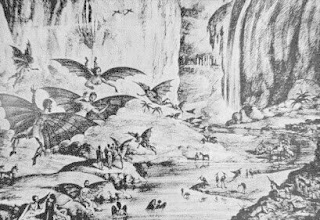 I would wake up. I would hate. I would fuck. I would rarely think about Bakunin. I would walk around the town. I would think about the careful differences between anarchism, epilepsy, addiction, psychosis, the dialectic, various syndromes and panic. I would think about their rhythm. I would get slightly horny. I would refuse to leave the house. I would spend 20 euro on a bag that was barely worth 5 then consider murdering the dealer. My biggest fear is that one day I will murder someone. I like the rain. I won’t tell you why. Instead I will tell you how much I am fearful of food. I chew it thirty times. I spit it out onto the ground. It makes me sick. I am losing weight. I don’t care. When people tell me I am losing weight I say so what the sun, the sun too is losing weight. It is the law of the cosmos. I actually do say that. After I say it I start to cry. Someone puts their arms around me. I rarely care who. I think about the wind and the insects that live there and make a mental note of the number of my friends who are in analysis. I am not in analysis. I would rather be like the insects who live in the wind and do something remarkable with silk but instead I am crying in a strangers arms and they would really rather I would stop and this has fuck to do with the magnificent silk made by the laughter of insects. I remember meeting a hippy once who told me I was going to have a very long life. Shit in your mouth, I murmur, to the memory of the hippy. I run out into the middle of Kottbusser Tor. Its 3 in the morning and there is very little traffic. I go crazy again and start to recite poems. The ancient poems known to all of us. The ancient poems that could kill us if they wanted, each single syllable. I fall asleep in the bar. I don’t go home. I think a little about the moon, its relation to marxism, to the riots of five years ago and the predicament we find ourselves in now. Its a full moon. It hides very little. There is a great pain in my chest. Please don’t leave me.

When you were born, which you were told on several occasions was 1969, there were a group of Americans tramping about on the moon. You didn’t think about them. You were screaming your head off . Whatever. The furniture changes places every night. There is blood in your nose. You don’t know who your family are. That’s ok. Each morning they break your arms. They tell you it is fatal. They tell you it will help you breathe better. Alphabets come from your mouth and they tell you they are fake. Fake the words that come from your throat and fake the unpredictable furies. Fake your burnt skin. Fake your blue eyes. Last night you said to yourself I am so sick of being unable to sleep I will take 37 of these pills. They are like milk in my mouth. Like spittle and spectres. Like childhood. And all those other things. You don’t know what those things are. You drink some beer. You go out looking for smack. The men stomping around on the moon didn’t think about beer or smack, you’re sure of it. You lie down in some kind of stupor singing Beethoven to yourself. The men in the moon didn’t think about Beethoven. They said to each other, do you love me. Wankers. There are stains on all of your clothes. You don’t know what the stains are. You lie in bed and wonder about the men on the moon, and if they are still there. Dying, you decide, takes much time, much dedication.