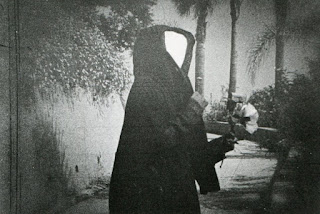 Don’t wait up for me tonight, the sky will be black and white

Yeh I’m in a bad mood as well. Cops are everywhere. But we know that - we murdered them. Lets talk about black stars.  Something stretched strings between them, and now they flutter like chords. Stars, a very bad mood. Pasolini wrote about singing, called it the “divine wind that doesn’t heal but rather makes everything sicker”. This is the fifth day of our fever. Cops make everything unreal. Songs get sung outside their cellular systems, from the centre of some kind of secretive world. Whisper those songs, then scream them. After that, kill all straight men. You know they want it.

Was thinking about that for a while this morning, then I thought about the human world. I’m sick of it as well. Was thinking that murder in the suburbs is the only real expression of the continued need for human love, where everything is turning to ice, yet everything is frozen in gold. When the sun hits the earth it shatters into all human data, calendars of the places music goes when its notes disappear. The same places the dead live, I guess. But this has little to do with what we say when we’re wasted, and everything is flooded with animal light. The human horizon covered in ashes.

A guy walks into the ocean. Kill him. The gesture is futile. He walks out of it again. Won’t shut his mouth, talks for several centuries about the devil and the hunger of screaming birds. Don’t waste your sympathy. The sky is packed with them, terminal birds that screech of all the terrible things that might happen. And behind them, timeless bells transforming all to the metal stains of what has already happened. And behind all of that are stars tracing out the fixed raptures of what ought never to have happened. There is no death anywhere. Our hatred of the rich is entirely justified.

Toward the end of his life Antonin Artaud wrote a poem complaining that no-one ever touched his body. But he seemed to think it was a good thing, that if anyone did then it would split to a million fragments and fill the known sky. Poor Artaud. Little did he know this goes on every night. There are bodies that fragment each dusk, that split into countless wild lenses that fall to earth at dawn and form a strange calendar of imaginary incidents, frozen cities, addictions, etc. What this implies is not utopian. The straight world never touches anything. It’s victims never do anything else.

Because I’m fearful the sky will shatter I would like to turn it to stone, to turn it to seven pebbles, each to mark a day of our fever. As in set fire to cars, put glue in locks, sugar in petrol. Also include bodies. Also include the shock and the curse of our loss. As in recite that curse, until the voice becomes a song, or the word becomes something outside its borders, the barricades we built across this life of great mourning in which the seeds of our hurt would bloom. The fascists who murdered Pasolini are now the owners of the world. Do not mourn or forgive. Shriek one time. Shatter glass.

The thirteenth returns, and everything we once thought inaudible. There is gunshot, there is fire in the suburbs, the fixed stars falling like cops or roses, the darkened rituals of the middle class. We replace them with pinpricks, with new forms of arson, and the dreams of a thousand archers haunting Trafalgar Square. Nothing returns. Our bodies, the names of stars. But nothing is forgotten, everything falls. Thirteen the only number, the sounds of thirteen fevers crackling inside our dreams. There are no dreams. We never sleep. An unknown light in the corner of our room.