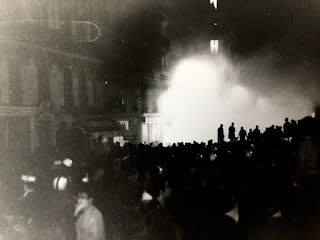 Baudelaire you knew it all along. Your skeleton compelled without question to scrape the earth forever, to ward off the bitter need that comes on it like a living clock. Smack makes death eternal, you know that well. As does its respectable twin, wage labour.
Posted by Sean Bonney at 10:52 PM