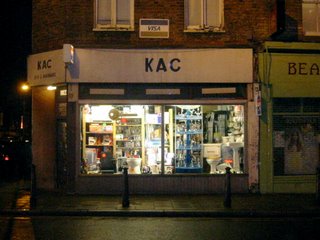 We are now at dot point. Can only lick our way out. US recuperation of avant-garde positions made us point and laugh but in the hotel lobby we were bored and reduced to riot reenactment. Or, as pleasure, being eaten. Snobbery is a constant, reliable and loud. Megaphone. Garter system. 90% is invisible - like you thought you were exempt. As if you didn't exist as radio bands and sealed history, astral and biochemical. Pent-up. But I take it you prefer servitude. That's ok, but give me shirt shredders and hip wriggers. Music is ambition. 90% enforcement. Inhabit. Personality. Motor-fuck. Out-time. If I lick you in a particular spot (bodily or geographically, your choice) you will make a specific noise. Thats how I wrote all my books. Bands of incongruous tongues as echo chamber: furnace implant, the end of music. Thats not an interpretation they'll like in America. The interpreter is interrupter. Mitochondria, the ninth letter of the alphabet, ideas that don't become power in liquid form will multiply as land value and finish as cash asbestos in the mouths of freezing moths, understood as academic recuperators of the avant-garde. Yes, hello. If you lick me at a specific point (personally or planetary) I will talk only in musical phrases. Stocking fragment, or the mapping of memory and imagination onto present experience. If you had the choice between experiencing yourself, or everything else, what? Or explain yourself as fiction, or graffitti, or a series of letters etched into the landscape. Body froth. A good paranoid shag as critique of the dictionary forever buzzing in our ears. This is not a padded paper house. There is no refuge to be had in the seperation of artistic, social and sexual desires, or a stone to soak up the groaning protein interference. We are condemned to speak by the same causes that drive the world into war, to determine which ideas are taken to market: radio waves, muscle, crotch split. Poetry as investigation of the otoconical consciousness of street names interpreted as static space signals and made only from pure chemicals, manipulated by the unanimous horror felt at the words 'this is an erotic poem'. No, start with a thing. No, do something else. Hermetic politics: think the sexual, the literary and the economic all at once or never. Tower. Suck. Fur. Internalise that trajectory as the 30th Olympiad is now fixed identity, a frozen point on the social horizon as pituitary implant reciting a solid history of these islands understood as a small pebble kept in my mouth until used in various erotic games, known in your house as chatter. Chemtrails. Would mercury really be unsuitable for making coins? And then the dream account turned out to be a real memory, ink rubbed directly into the microphone for broadcast x-rays of buttercups excluded from social reality or the study of what a given society can countenance as meaning. Thigh to eyelid, rib to toe to tongue, etc. The abstract addressee is meteor pulp, a small room with no windows, sphincter cycle unfulfilled, used as convenient consensus, making it impossible to subvert the grammar of western letter. The avant-garde is considered elitist by people who go to concerts in Smith Square. For all its talk about 'work', capitalist thought always takes the line of least resistance. And its this line of least resistance that creates hermetically sealed environments: the weather system and human circulation. Negative mesmerism. The star as anti-matter, made obvious by the flash-bulbs and explosions that happen every time they encounter social reality. Histology. Or cities, like stars, go out with the vacuous moral certainty that money gives access to. On the other hand, my group consists of a few people long dead, & some not yet born, & five or six contemporaries. I am working on a campaign to get London twinned with Fallujah. The voice in the poem is not your friend.
Posted by Sean Bonney at 1:12 AM

cool song - like style council without the tight pants


"for god's sake burn it down"

ah. my pants are pretty tight, you know.

good for the sexual apparatus