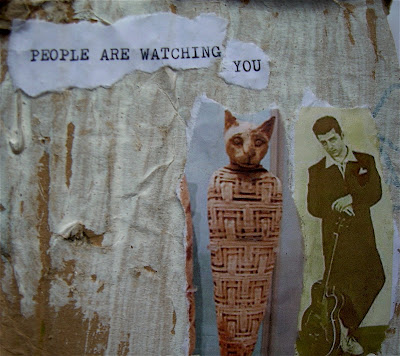 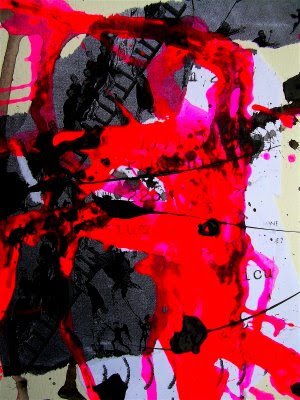 Posted by Sean Bonney at 9:03 AM No comments: 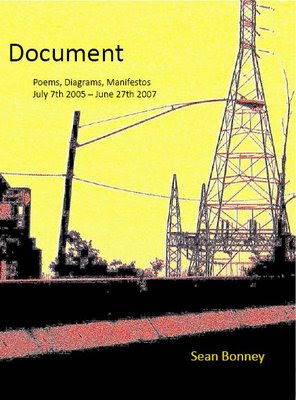 My new book Document is now at the printers and will be available from Barque Press in about a month. Its narrative runs from the London suicide bombers through to Blair's resignation. Around 90 pages, fully illustrated.
PLUS//// I'm reading on the 18th June at the Parasol Unit, 14 Wharf Road, nr Angel, 7pm, with DOMINIC LASH on bass. Free entry, come along, its gonna be great . . . .
Posted by Sean Bonney at 9:23 AM 3 comments:

consider these two quotations from 20th century composers:
"I have nothing to say & I'm saying it" (John Cage)
"a statement should be made . . . without saying it" (Duke Ellington)
how do the possibly incompatible worldviews encapsulated in the above relate to the unbridgeable chasm that exists between differing ideas of what is, in the early 21st century, still called poetry? which of the statements is useful for the formulation of revolutionary demands within poetic criticism?
&
for those of you who don't dig jazz / an alternative question:
discuss the possibility that what is still, in some quarters, rather quaintly called the 'avant-garde' in British poetry, is actually the mainstream (answer with reference to Percy Shelley, John Milton, Aphra Behn, the Pearl Poet, John Donne, Mary Wroth, Abiezer Coppe)
&
for those of you who would rather go to the cinema
suggest three alternative uses for the following London landmarks:
(a) the Natwest ATM Machines, Walthamstow High Street
(b) the ZOO
(c) the Poetry Cafe, Covent Garden
answers, not more than 5000 words, to be sent to me at the usual address. sensible responses will be published by yt communication. get on with it.
Posted by Sean Bonney at 10:28 AM 6 comments: