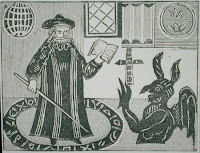 I haven't written to you for a while, I know. There's not been much to write about, to be honest, apart from the recurrence of a few elementary social equations. Here's just one, to be going on with - (1) the forced removal of the homeless and benefit claimants from commercial zones (2) the subliminal encouragement of suicide for everyone with less than twenty pounds in their pocket (3) random police checks, arbitrary incarceration, racial profiling. If you take any one of those elements, or any one combination of same, and turn it inside out, the results will be all too simple: one royal birth, one state funeral, pageants, olympic panegyrics, etc etc etc, all expressed via the square root of silence, fast acquiescence and bewilderment. I thought, this morning, that I might be able to put all this together for you, as some kind of wondrous mathematics, a monumental calculus, but I can't get it to fit. It keeps coming out more like an oracular scattering of starling bones, of meat and shrieking larks, an extrasolar dog world made up of three parts rat nationalism divided by the given names of every human being who has died in police custody since the riots. Their names, all paid for with the collective revenue the government has collected from the manufacture, sale and distribution of third degree burns, multiple organ failure, and tiny droplets of phosphoric acid. And that's just the piss-stained surface, yeh. Pretty simple. Manage to boil it down into an infinitely dense, attractively coloured pill and you too can imagine that all of this is just a golden swarm of dragonflies and pretty moths, and not merely an injection of rabies into the group mind of every well-meaning liberal in this entire town. And you ask me why I don't write poetry. As if a metaphor could actually be a working hypothesis, and not just a cluster of more-or-less decorative alibis. I can't do it. I haven't slept since Thatcher. Curses on the midnight hag.
Posted by Sean Bonney at 6:32 AM No comments: 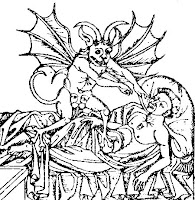