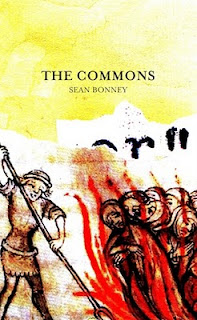 The work was originally subtitled "A Narrative / Diagram of the Class Struggle", wherein voices from contemporary uprisings blend into the Paris Commune, into October 1917, into the execution of Charles 1, and on into superstitions, fantasies of crazed fairies and supernatural bandits //// all clambering up from their hidden places in history, getting ready to storm the Cities of the Rich //// to the bourgeois eye they may look like zombies, to us they are sparrows, cuckoos, pirates & sirens //// the cracked melodies of ancient folk songs, cracking the windows of Piccadilly //// or, as a contemporary Greek proverb has it, "smashing up the present because they come from the future". 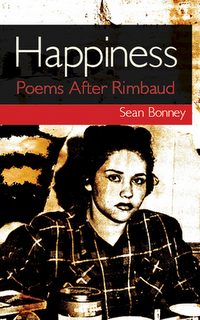 It is impossible to fully grasp Rimbaud’s work, and especially Une Saison en Enfer, if you have not studied through and understood the whole of Marx’s Capital. And this is why no English speaking poet has ever understood Rimbaud. Poetry is stupid, but then again, stupidity is not the absence of intellectual ability but rather the scar of its mutilation.

Rimbaud hammered out his poetic programme in 1871, just as the Paris Commune was being blown off the map. He wanted to be there. It’s all he talked about. The “systematic derangement of the senses” is the social senses, ok, and the “I” becomes an “other” as in the transformation of the individual into the collective when it all kicks off. It’s only in the English speaking world you have to point simple shit like that out. But then again, these poems have NOTHING TO DO WITH RIMBAUD. If you think they’re translations you’re an idiot. In the enemy language it is necessary to lie.
Posted by Sean Bonney at 2:11 AM No comments: