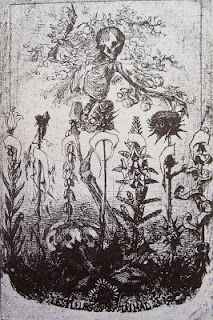 Great love, that will crush the human world, I wish we could do something to help each other. But today we are separated by so many tedious enemies. They smile at us all day long and ask us about our fever. What is there to say?  That “fever”,  in the way they pronounce it, isn’t much more than a weird reflection of their smile, which in itself is a symbol of their sense of rightness within the so-called world. But that we feel that the five characters that make up the word “fever” - or indeed the word “smile” -  are actually indicative of the illusory nature of the ownership of their senses, or of their history, which from another angle simply means the deleted histories of the cities of the sun and the devastation that continues to be inflicted there. Great love, if only we could whisper to each other the language needed to describe that devastation, so we might fill their mouths with the thorns of our great loss. It seems that everything we once knew has been stolen from us, and now idiots are reciting it, idiots who don’t know how to close their mouths, and the sounds those mouths make are razors scratching words into our chests. Great love, we cannot read the language written there. I wish I could say to you just one soothing word. But today I am the filthiest of brides. Only the stains around my mouth make me less repellant than those whom I most despise.
Posted by Sean Bonney at 12:26 PM No comments:

Our Death 34 / Abject (after Baudelaire)

Wine is a dull disk that encircles the law. It will check your passport, will make sure that your sense of rhythm never exceeds the accepted patriotic patterns. Opiates, meanwhile, will run subtle holes through the length of the calendar. The city’s windows, your systems of memory, both of them become an alien landscape, an inaudible language that speaks at times of human love, which apparently is all we are ever supposed to desire, a golden net about as plausible as the sounds made by cash, that fictitious mirror, that city of no language where every night you lock the door and scatter coins across the floor until they reflect the farcical stars: “oh you tedious razor'd meat, you pompous junky filth. When will the day come when you can die beneath some weird lovers’ fists”.
Posted by Sean Bonney at 4:06 AM No comments: 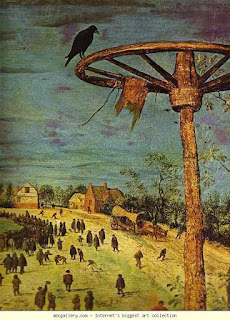