Corpus Hermeticum: On the Revolution of the Heavenly Spheres 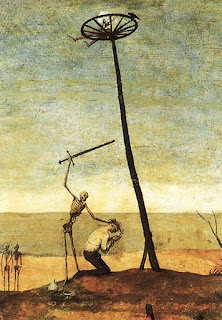 We’re blocking central London. Riot as, in relation to this past
I don’t need a wound. We wanted going fucking mad. Too many racists still breathing
and strange convulsions, I felt it, me and the devil
at first repression and counter-acts, overload Malediction, tried to chart strikes
as Noise, they were still dead. Their galaxies, spinning faster.

February 17th 1600, burned, “his tongue imprisoned because of his wicked words”


Forget psychogeography. All its ever been is a ring of protection, a police-thing’s joy, at its centre that bitter knot of strings that Brecht called ‘prophecy’, spy-rings. String One: we were smashing up the Ritz, March 2011. String Two: shit was talked about immigrants, about dole scroungers. String Three: not an ATM a bright metallic wind or real-time alignment of the patterns of non-affordable housing scattered throughout the city and the stereo-optic beating of police hearts. Beat one. Cancelation of Europe and Mercury. Stone circles are police kettles, you can’t tell me different.

For example, take Newgate. Built 1188, directly into the walls, London’s eastern gate. Beat Two. We don’t recognise ourselves there. Beat Three. The debtor’s jail, the throat the muzzle of the city.  July 10th, 1790, burned. Robert Peel built cops from the ashes. Beat Four. Debt is bone. Versions of bone. Version One. Spare change. Version Two. Lock the bosses out. Superglue them. Out. Version Three. Debt One. Those nobility who entered the city from the east would pass through a wall packed with the tortured, the scraped and wheezing dead. London a cursèd city, is beautiful in the smouldering spring. 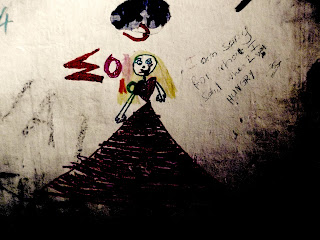 or the protests did what in relation to Fucking realism
stuck it out inside all noise, inside David Willets and Abeizer Coppe
bounded by law, David Willets, gored by magpies and glass
Victory to dole scroungers. This really happened

inside Normal matter such as atoms and electrons, orphanhood.

Check the extent of police lines. 1829, Robert Peel invented 1000 pigs to circle the city as walls or gates as cordons. This happened. Those 1000 pigs as calendar, the working day a pyramid as razor the police recuperation of the sun. It was dark and the barricades were burning.


Tiresias the birds. Tiresias who sees what only a child could see, who blunders up from hell and hell is not underground. Says riots are a work of vast and incomprehensible mourning, a border a burning weird as even the fear felt by Charles and Camilla, that crow-bait, 2010, off with their heads - this really happened we have no fucking demands and Tiresias summoned voices of the vast dead charts of incomprehensible bird flight, everywhere we are those birds and it don’t mean shit the cops don’t know this.

Robert Peel still peers down from Broadgate wall and is a blockade, Newgate torched. Police moved in smashed heads in counter-time, a silent musical fixture separates a human being from a cop. It is vital to recognise, to insist on that difference, that fixture - to locate with precision where that separation first appears in the ‘continuum’ where the entire pack of errors, superstitions and blood-stained bullets ram the solar throat of every cop in this town with vile psychic music and we live there, have organised noise. Studied strikes. Cop lives don’t matter. 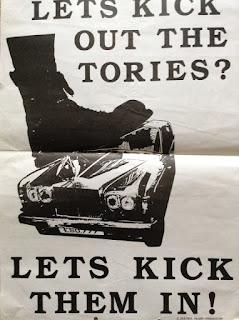 as published in the latest issue of Tripwire
recording here
Posted by Sean Bonney at 4:23 AM No comments: