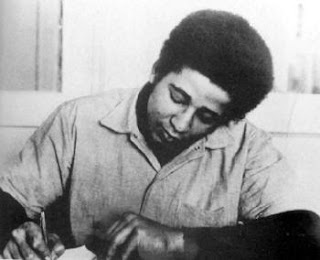 There, too, are crossroads where ghostly signals flash from the traffic, and inconceivable analogies and connections between events are the order of the day. It is the region from which the lyric poetry of Surrealism reports. And this must be noted if only to counter the obligatory misunderstanding of l’art pour l’art. For art’s sake was scarcely ever to be taken literally; it was almost always a flag under which sailed a cargo that could not be declared because it still lacked a name. This is the moment to embark on a work that would illuminate as has no other the crisis of the arts that we are witnessing: a history of esoteric poetry.

Walter Benjamin believed the most hermetic poetry had a latent content, a secret that in being actually spoken could negate the secret of the commodity. He drew a compelling analogy between Rimbaud, Lautréamont and Dostovevsky, and the “infernal machines” of the 19th century anarchist terrorists. Mallarmé did the same. It doesn’t quite work: the nihilism of Nechaev, or the anarchism of Bakunin, is ambiguous to say the least. The content of Rimbaud’s flight from poetry - ie the realisation of that poetry- was a flight into the silence of colonialism, free trade and capitalist vampirism. If esoteric poetry is potentially the unspoken expression of the destruction of capitalism, then it is just as potentially the unspoken expression of the fascism that is always lurking at capital’s centre. Thus, André Breton’s insistence on the need to work out a combination of the insights of Rimbaud and Marx continues to be one of the most important ideas in the history of modernist poetics. It has yet to be satisfactorily achieved. Breton’s fetishisation of poetry prevented him from understanding that it’s latent content could only be realised through a dialectic of poetry and Marxism, and not the merely complementary relationship he envisioned. That this dialectic risked the destruction of poetry as poetry was more than Breton could bear. Likewise, the Situationist realisation of poetry, as a détournement  of the Marxist realisation of philosophy, was a vital moment whose chance, so far, has been missed. It is because of this failure that the political essays Jean Genet wrote between the late 60s and his death in the early 80s, and in particular the series on George Jackson, may be the most suggestive and important essays on militant poetics for our own period. They have still not been sufficiently understood. No idealist, Genet knew, more than anyone since Benjamin, the basic ambiguity of extremist modernism. The dialectic of radical poetry meant it was also realised in the brutality of capital itself. The George Jackson cycle sets up a fight to the death between the sentences spoken by the judge, and the sentences Jackson wrote in solitary confinement. The prosody of capital’s domination is inherent in every syllable the judge utters. His sentence freezes the time of the captive, who now has to live within that sentence for months, years, a lifetime. Insofar as that lifetime is virtually erased, the judge’s sentence also travels back in time, taking possession of every second the captive has lived through. Genet wants to believe that every sentence Jackson writes, from within his forced invisibility, negates the judge’s prosody: for Genet, Jackson’s writing realises a counter-time which is necessarily revolutionary. This only sounds idealistic. Jackson’s revolutionary writing can, for Genet, be called “poetic” without belittling either Jackson’s militancy, or indeed poetry, only within the context of Genet’s Blakean claim “that the revolutionary enterprise . . . . of a people originates in their poetic genius, or more precisely, that this enterprise is the inevitable conclusion of poetic genius”. This cuts both ways: if it is true, then the judge is the conclusion of the poetic genius of the bourgeoisie. The many levels on which the class struggle has to be fought includes a realised poetics. For Jackson, the “poetic genius” of the African-American people has only ever been “the theory that we are good for nothing but to serve or entertain our captors”:

Love has never turned aside the boot, blade or bullet. Neither has it ever satisfied my hunger of body or mind. The author of my hunger, the architect of the circumstantial pressures which are the sole cause of my ills will find no peace, in this existence or the next, or the one following that; never, never. I’ll dog his trail to infinity. I hope I never will feel love for the thing that causes insufferable pain.

The “hellhound on my trail” of ancient blues mythology, which Jackson has no use for, is reversed. Jackson’s language is what remains after the record stops. Traditional poetic impulse is transformed within the high temporal compression of the cell into tense clarity, pure content which, in its turn, transforms into intent:

One of those tall ultrabright electrical fixtures used to illuminate the walls and surrounding area at night casts a direct beam of light into my cell at night. (I moved to a different cell last week). Consequently I have enough light, even after the usual twelve o’clock lights out, to read or study by. I don’t really have to sleep now if I choose not to. The early hours of the morning are the only time of the day that one can find any respite from the pandemonium caused by these the most uncultured of San Quentin inmates. I don’t let the noise bother me even in the evenings when it rises to maddening intensity, because I try to understand my surroundings.

to be continued
Posted by Sean Bonney at 4:51 AM No comments: 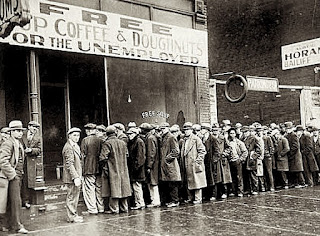 Posted by Sean Bonney at 8:17 AM No comments: