Our Death 16 / Further Notes on Teargas 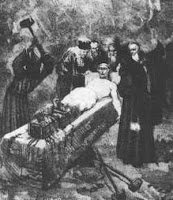 Meanwhile, tourists will stand far outside any clouds of teargas that may appear. It is part of what defines them. They might want a trace of the smell on their clothes, but still it is the avoidance of pain that is the central fact of their collective dream. Nothing will cause them to disperse. They hold maps. Here is the factory. Here is the museum. Here is the hell of stars. They talk to the cops without fear of death, but without this fear they will never know or remember a thing. Teargas is the only mnemonic that counts. It’s system of recitation a network of broken bones. But tourists don’t want to know about this. Instead, they want to take photos of graffiti, the shattered images that taunt them in their dreams. They don’t remember their dreams. They don’t know that remembrance is premonition, that their names are premonitions of death, are the encrypted dreams of judges, of obituaries and rainwater and pink filth. They only know what the cops have told them to know. Refuse to give them directions. Refuse all interpretations. Your exploded lacrimal gland is not a symbol of their despair.
Posted by Sean Bonney at 10:32 AM No comments: 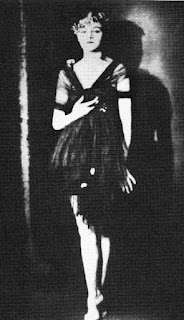 Walls are partially imaginary
One table
Several shadows
Everywhere I see eyes
Black eyes green eyes
Scarlet
I have abolished my sex
I have no desires
Only incidents and burning flies
Shadows are partially walls
There is someone here
Wants my shadow
Eats it
Fucks it
Steals my shadow
My cocaine my shrieking
I’m drunk right now I'm in pain
There are many types of pain
And many eyes
Many animals
Many mice and many stars
Shadows
Scarlet shadows
Posted by Sean Bonney at 7:14 AM No comments:

Our Death 14 / Note on the Hallucinations 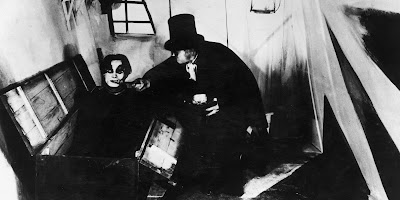 “The false structure is collapsing. Move as far away as possible, into tradition, into strangeness, into the supernatural; then you will not get hit”. I read that somewhere in Hugo Ball’s diaries, guess from somewhere around 1915. I repeat the words to myself, “you will not get hit”, make a scornful face, turn out the lights and get into bed. Somehow I manage to sleep, and dream that I’m some kind of hunted, carnivorous animal running through a moonlit, abandoned city. I run past the illuminated, already ruined new developments. The rings, the spirals of lights around the towers. The scrub lands. I follow some kind of malign, illegible map. I gather stones and rags, stained with shit and gold. There are no people. There are no parades. I wake up and for a second I think I can see some kind of beast staring at me from the corner of the room, but when I hit the light I know that I’ve been dreaming, that everything is exactly the same as it was before. I walk over to the window, making an inventory as I go. Shit, gold, rags. Tradition, strangeness, supernatural. What is the meaning of any of those words, I ask myself, other than that of a chain being whirled round and round by a maniac, a maniac whose reserves of cash and blood mean the right to acquire all language, all meaning, every vacant spot in every city on the so-called earth. And that includes the one that I’d just been running through in my dream. Hugo Ball, of course, was a draft resistor, a refugee. I find that a lot more interesting than whatever happened with his “sound poetry”. It puts me in mind of a poem by Ingeborg Bachmann, where she speaks of exile, of feeling like a dead person, of languages that you can’t understand passing through you like ghosts. And I guess those ghosts exist at the point where “tradition” and “strangeness” meet, where all that is defined and foul and murdered and imprisoned becomes synonymous with all that is still uncharted and unexplained and wonderful. I stare out of the window. Everything is dark. Even the lights on the new developments have vanished. Its so quiet here. I think of my favourite passage in William Blake, where he writes of the moment in every hour that cannot be found, not by the devil nor by the cops. I think about those moments. I think about the summer, that already seems so far away, when the sun would spin round and round so fast that everything would glow to invisibility and I would rant to anyone who’d listen about the need to construct a huge chart of those moments, and that somewhere within the shapes those moments made we would find the place where the catastrophe was formed, and by god knows what mixture of alchemy and amphetamine we could thereby uncover the anti-castastrophe and, well, I think of a lot of things. I press my hands to the window and hang my head. I know that somewhere in the darkened city there is a silent place where a tiny, frightened animal is scratching at the dust and earth, and it won’t stop until it uncovers some kind of burning rock that will illuminate the entire structure, and in the midst of that illumination all of our languages will sparkle and burn and words we have never spoken will lacerate the air. In the meantime, let none of us wipe the blood from our faces. Let none of us claim a difference between day and night, between nightmare and daily routine.
Posted by Sean Bonney at 4:17 AM No comments:

Our Death 13 / What If the Summer Never Ends 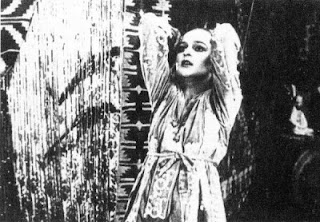 None of us have slept for a long time. How could we. There were fires up and down the Charing Cross Road. Mumbled conversations about Apartheid. England was damp, was possibly leaking. We followed tiny trails of liquid waste across the city. Called it aesthetics. Called it action. We all fell down. Some of us voted. Some of us put on balaclavas. There were several earthquakes. Endless strategies of tedious indifference. Some major buildings and some statues defaced. Declaration of endless war. Parties in the park. Criminalisation of drinking. Several dead friends. There was experimentation with make-up and electricity. Occupation of a number of universities. Fist-fights with cops and fascists. Talks on Russian Futurism in squatted pubs while central London burned. Distress. Hate speech. Consolidation of royalty. Running for our lives. It’s difficult now - all of that stuff is piled up like a heap of expressionist rubble in a semi-imaginary alley somewhere far away. We argue endlessly about whether it was us who died or them, but the one thing we all agree on is the barbed line that separates us. Sometimes we pluck that line. It makes a high and barely audible electric screech, like some useless old record. It puts immense pressure on the inside of our skulls, like boiling bleach, like the abolition of all memory. Its speaks of heartbreak, of denial, of new advances in somnambulism. Of revenge fantasies and drug addiction. It has nothing to say about where to go from here, about the day we crawl out from under our scattered rocks, and burn their border controls to the ground. One day our eyes will close. One day the sun will finally go down.
Posted by Sean Bonney at 1:00 AM No comments:

Cops, being neither human nor animal, do not dream. They don’t need to, they’ve got teargas. Don’t expect me to justify that. I mean, you know as well as I do that cops have got access to the content of all of our dreams. And you probably also know that a fair amount of the planet’s teargas is supplied by the Westminster Group. Their non-executive chairman, whatever that is, is a member of the household of, ahem, Charles Windsor. He probably thinks of teargas as being somehow related to the Cloud of Unknowing, and, in a sense, he’s kind of right. You come to a very real understanding of the nature of things, both visible and invisible, by having your sensory system hijacked and turned against you by a meaningful dose of teargas. It is the anti-Rimbaud. The absolute regulation and administration of all the senses. I mean try it. Next time things are starting to kick off a little bit just go out on the street and run straight into the middle of the biggest cloud of teargas you can find. Bang. Sight. Taste. Smell. All the rest of them. All turned into confusion, loss of geographical certainty and, most importantly, pain. Don’t freak out. In the centre of that pain is a small and silent point of absolute Unknowing. It is that Unknowing that the cops - and by extension Charles Windsor - call knowledge. They want it. They’ve got scalpels if necessary but teargas is cleaner. Its not clear what they want it for but any epileptic or voyant or drug addict could tell you what it is. It’s there in Blake. Christ, it’s there in the sleeve-notes to Metal Machine Music. What’s it mean? Who cares. It answers no questions. What does Charles Windsor want with us. The cops will not tell us what they don’t know and what they think we know.
Posted by Sean Bonney at 5:32 PM No comments: