Our Death 7 / On Being a Good Person 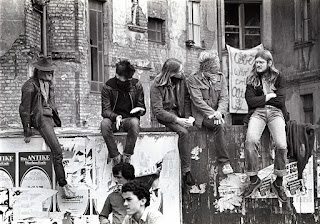 It is important to be on good terms with the neighbours. To discuss with them your fears about the meaning of your passport. To share with them the results of your investigations into the meaning of the rent equation. It is important to explain the central mathematics of the noises they’ll have heard coming from your apartment at random hours of the day and night. To demonstrate both the internal and external nature of those hours, and their connection with the signals you receive from the lights in windows you can see from your balcony, and how those signals reflect the secret passions contained in your passport, and how all of this determines how many times a day you think about suicide, and murder. Think about, not contemplate. That’s a very important distinction, and one not unrelated to the enormous electronic screech you sometime hear coming from what you can only assume must be the centre of the earth. Always make it clear that the centre of the earth is more than likely not where they think it is. That there are storms that have been raging there for longer than the collective age of everyone who lives in this city, both documented and undocumented. That you love only sex workers, drug addicts, refugees and the terminally ill. That most mornings you think they are the only people deserving of citizenship. That you are disturbed by the hatred continually emitting from the drawer in which you keep your passport. It is important they understand how that hatred’s foul metallic shriek is in no way connected with the way in which you would like to continue to conduct your business. That your business is somehow connected with the scorched and horrific colours the sky produces as it sends murderous darts through your window each evening between the hours of 8 and 9. The reasons you have for burying those darts in the shallowest earth. The meaning of the gentle sounds you make as you do this. It is important to be on good terms, to share your knowledge, your sugar, your brightly coloured powders.
Posted by Sean Bonney at 4:33 AM 2 comments:

Our Death 6 / On Throwing Bricks 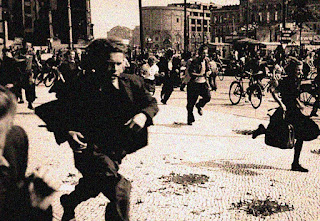 “Some things are reserved for the dead and they can’t imagine them”. That’s either Artaud or Heraclitus, or more likely a combination of both, I don’t remember, but anyway its been echoing around whatever remains of my skull these past few days as I wander around the neighbourhood trying to work out exactly when it was the catastrophe took place. My routine is simple. I go to the cafe. I order breakfast. I usually eat it. I sit by the canal. I go to the bar. I talk to people. I want things. I never fuck. I’m not bothered. At some point I make minor adjustments to the flow of red and white corpuscles through my body. Eventually the day stops and I sit around in Kotti and drink beer and sometimes I spit blood and I wonder what, if any, micro-social effects my corpuscles might have on the cobblestones, kind of like if you threw a brick at a window and both of them shattered, both brick and window, and the pieces then combined and mutated and split apart and cut across corporate time and un-lived time and un-dreamt time and, well, yeh, the catastrophe, whatever that is. We all know its happened. We’re all pretty sure what it means. Most of us know that most of its light has yet to reach us. Britain’s preening little act of self-destruction was one of its more minor manifestations, of course. And the sound of the word “Britain” ringing inside my skull forces me to my feet, and I stare at the faces of a few passing strangers and wonder about the ratio that must exist between the precise number of blood-cells tormenting my body, and the precise number of unidentified stars in what we still so un-precisely call the sky. Somewhere down near the bridge I pick up a brick. It’s rough and smooth in my hand like the bones of a murdered aristocrat. I drop it again and it breaks into two pieces. I pick up those pieces. I drop them again. I keep doing this. I start to scream. I arrange the pieces on the ground. With each scream I name one of them. The bones of Boris Johnson. The face of Theresa May. The sudden screeches of a million birds descending on the broken alchemical stench of what was once called London. One of those screeches is called the Human Rights Act. One of them is called Immigration Policy. Each of them sounds like the noise I imagine a comet would make as it slammed into the earth, and smashed into roughly the same number of pieces as there are blood-cells in my body. I feel the need to sleep. I pick up another brick. I stare at nothing. Everything is silent now, silent like the noises the canal sometimes makes at dawn. Of course, none of this actually happened. I live a quiet life, and it is many years since I threw a brick through a window. I am, as the saying goes, “worried but outwardly calm”. I lean against the wall of the elevator as it carries me up to my 6th floor apartment in this more-or-less modern building in this still more-or-less working class part of Kreuzberg, and I wonder about the sounds the dead would make if they could imagine the light that surely does reach them from whatever future still remains to us. I open the door to my apartment and sit there in the dark. I feel old and tired and deeply afraid of my dreams.
Posted by Sean Bonney at 4:50 AM No comments:

Our Death 5 / About the Weather 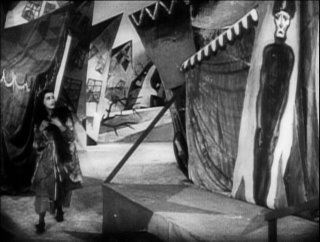 Sometimes the heat gets so much the earth becomes invisible. This is the meaning of symbology. The imaginary walls of the city become real, become a hell of blinding mirrors and we do not know if we are gazing at those walls from the inside or the out. Everyone talks about the weather. So do we. Its been coming on with the speed of a feral hadron collider, a viscous amalgamation of water and glass, where the calendar of British incidents becomes transformed over and again into a posse of burning ballerinas advancing on the city across the landscape of some kind of scorched moon. Nobody can see anything except the murderous glare of the sky, the entirety of human history split to a constellation of more or less inaudible sound particles. The scrapings of giant beetles up and down Karl-Marx-Straße, for example. Or a righteous triangulation of the ghosts of Jean Charles de Menezes, Nat Turner and Lucy Parsons, injecting a supra-imaginary strain of Martian scabies into the collective body of the property developers of Berlin. That type of thing. Or the haunted secret corridor that leads from doing Special Brew screwdrivers in some godforsaken English town to lighting disposable barbecues under the wheels of parked cars in Friedrichshain. Or a meteor of pure plutonium smashing into the intersection of Parliament Square and Kottbusser Tor. Etc. It is difficult, in this heat, to know what a calendar or a nation is, beyond a shower of deafening bells, alterations in the so-called blood supply, corpuscles as expression of the rent equation, other specious horrors, that moment when the heat fades, and what was invisible becomes visible once more, and what was irresistible becomes unbearable, and everything is completely different to what it was before, and we wonder worriedly through the streets of the un-nameable city until the stink of dawn arises and everything vanishes once again.
Posted by Sean Bonney at 3:25 AM No comments:

Our Death 4 / A Butcher's Lullaby 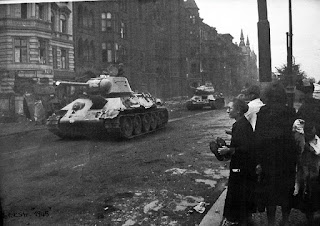