Our Death 11 / The Ignoble Fate of Rock n Roll

I live on the top floor of one of those strange post-war tower blocks you see near the centre of Kreuzberg. Lately I’ve been starting to think that the whole place might be abandoned. I never hear a sound from the other apartments and I never see anyone in the stairwell. The elevator is always empty, the identical green doors on each landing always seem to be closed. Don’t get me wrong, it doesn’t bother me. I get home each night between roughly one and two, sit down on the floor and arrange the various unpleasant tasks I have had to do throughout the day in an only partially figurative diagram in front of me. A small blood-stain here. A slice of wage-labour there. A flash of paranoia. A wistful incidence of mistaken identity. All of them, I arrange them on the floor, and then by an improvised technique of compression, overdrive and sheer noise I try to neutralise them. Impossible task, obviously. The noise in the stairwell must be unbearable. Sometimes it goes horribly wrong. The wage-labour and the paranoia blend into one, as do the blood-stain and the mistaken identity, and they stand at opposite ends of the room howling at each other with the archaic sound of heavily amplified guitar strings, or rather the sound those strings used to make before, I dunno, 1985 or something. And within the sound of those strings I can make out certain shapes, certain used garrottes, certain unfinished rhythmic ditties. The Plague Doors Waltz. The Orgreave Boogie. The Poll Tax Strut. Etc. Maybe I wish this happened more often. Maybe I can remember being a kid. 16 years old, first time I listened to “I Heard Her Call My Name”. First track side two, “White Light / White Heat”. About two minutes in. Slight pause, weird silence. And then some kind of guitar-shriek, like the entire sky had compressed itself to an almost microscopic dot and had then reinvented itself as a huge library of, what - lightning, sunglasses, everything. I spent my late adolescence living in that silence like it was some kind of utopia, a vacuum, anti-sexual, epileptic and serious, absolutely nothing to do with rock n roll. Whatever that is. Anyway. The Downing Street Foxtrot. The Watt Tyler Cakewalk. The Roy Walsh Shuffle. All of these shapes signal through the silence of my apartment like some kind of counter-calendar until the sun comes up like a blast of entirely normative guitar noise and. Blah blah blah. I guess you know what that means. Your fetishised punk rock youth reduced to a small blood stain. Amplified electricity as the story of the wage relation. Utopian raving as a brief flash of paranoia, your own memories as a wistful incidence of mistaken identity, all of it rolling together in some kind of pornographic implosion on my apartment floor. And there I am, unable to do anything but rummage through my record collection, gaze with unease at the dawn sky, and listen obsessively for the sound of footsteps in the hall outside my door.
Posted by Sean Bonney at 3:15 AM 1 comment: 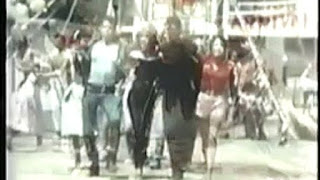 It is not a question of a belief in ghosts when you’ve been walking around with one strapped to your back for as long as you can remember. When you remember nothing but whatever the ghost thinks to whisper into your ear, softly, on eternal repeat. When you’re lost in one of the more troubling sectors of a city you lived in two decades ago, confused by subtle shifts in the angles of the buildings, the wraith-like irritability of its invisible crowds. When the exit routes have been replaced by the endless grinding of teeth and solar waste, when the voice in your ear, like the infernal tour guide that it is, mumbles on about street committees, about phone-trees and safe-houses, bailiffs and picket-lines. When you almost remember what those words mean. When you can almost smell the glue and the petrol. When the voice in your ear tells you there was a time when glue and petrol were something other than metaphoric obfuscation, that street committees and safe-houses were holes in the calendar, that bailiffs and solar waste were targets for more than melancholic metastasis. And the voice in your ear is a system of lines and threads, a storm of dates and songs, and you can almost make out the language, as it tells you the catastrophe is a depth-charge concealed in the spaces between the buildings, and that those spaces are as endless and as bleak as the sound of a stopped clock. And you remember walking up these same streets two decades ago, dressed in a green trench-coat, clutching a broken wing mirror, demanding that strangers read their faces and their systems in its cracks, and you recognise that memory as armageddon itself, as the moment when all stopped clocks start up again, an impossible syncopation, a new kind of darkness, a new kind of flame flickering just outside your sight.
Posted by Sean Bonney at 1:38 AM No comments: 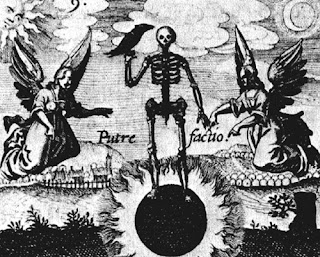 I don’t look in the mirror very often. Can you blame me? I’m not what you’d call a good-looking person, black rings under my eyes almost as ominous as what Shelley called the “gigantic shadows that futurity casts on the present”. Yeh. I was reading him this morning, Shelley, 5 o’clock or something. Poets, he writes, are the “mirrors” that reflect those “gigantic shadows”. Quite a job description. But not quite right. Kind of outdated. Because you’d have to be some kind of imbecile not to have noticed that whatever “futurity” might be taken to mean, its been cancelled, yeh. And if that’s true, then the same will soon be going for the “present”, for Shelley’s “mirrors”, for their “gigantic shadows”, and come to that, the rings under my eyes. Whatever. I manage to laugh about it most of the time. I joke to friends about how much I’m looking forward to sitting on my balcony and watching the mushroom clouds. When they leave I close the curtains and sit there on the floor with my head in my hands. I have no idea what I look like when I do this - I possess one mirror, and I spent most of last night crouched on the bathroom floor, scratching intricate little diagrams into it with a razor as a means of warding off something or other. Some aspect of my reflection, probably. Perhaps the bit that laughs at the prospect of mushroom clouds. Because whatever it is that I see when I look into the mirror, it is not something I wish to accept. I don’t recognise it. A small constellation of cells and forces which from one angle looks like a cruel approximation of whatever it is I think of as “my face”, and from another like a peculiar calendar of incidents both real and imaginary, both forgotten and remembered, transformed in the darkness of my apartment into the implosion of an obsolete sun or the thought patterns of a human monster or some eerie combination of the two. I sit on the bathroom floor and grind my teeth. The sounds they make mimic the diagrams I’ve been scratching into the mirror. They sound like how I imagine the edges of the cosmos must sound, mumbling wraiths, vastly incompatible alternate realities scraping together like some kind of hideous sorcerer’s rattle, the recitation of a catalogue of human incidents that I want no part of, human history as a vast accumulation of butchery and idolatry. If I was a beautiful person I would simply be a butcher. How I long for a mirror that could reflect nothing. Something sharp enough to scrape our infernal shadows from whatever remains of the sky.
Posted by Sean Bonney at 2:01 AM 1 comment: 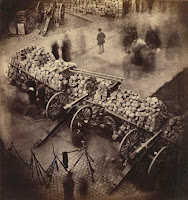