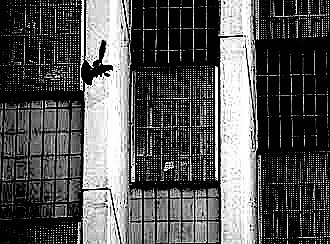 4.30 a.m. the story of one of my idiocies -
this is all so far away -
two distant bangs & a high pitched noise -
the colours of the vowels -
would screech inside your calculations -
basic lies, vomit and alchemy -
the simple prison diagram -
18th October 1977 -
you were controlled circuits -
we were rusting inside your house -
o delight o music, the peace of calm lines -
o geometric faults, in denial & in anger -
my final recollection. hello -
Posted by Sean Bonney at 7:23 AM No comments: 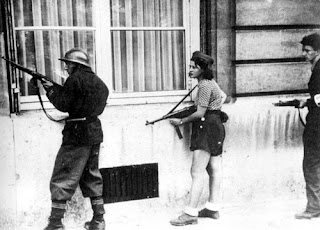 hell. we are pleased how your city
got bombed - it was like, sleeping etc
it is what we like / to spin gently &

with guns / these are our ecstasy *
are control, in prison as is cosmology
or to lick your finger / and disappear

starlings / yes we love what your
speech was a bed we / are your lips
yours, we bargained for / we spoke

your nights of monstrous study / we
as in glycerine / as sexual research we
we shit in your fucking guts / hello
Posted by Sean Bonney at 11:31 AM 2 comments: 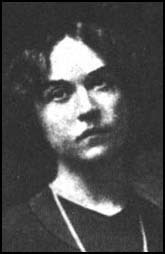 noon. we scraped the village clean
or as our philosophy suggested
it was an army, a screeching whirl

something as vague as / please, we
know by now what a sky is, like
an obvious cycle of yellowed light

listen. everybody here is / in the
in the traditional sense, sort of
lie down and take it, as easy as

& talk like that. your hands have
not taste of gasoline. a circle of
toxic birds. the sun, heavy with

not a chain of shredding crows
our circles / spires & phosphor
defeat without end. & safety in
Posted by Sean Bonney at 3:43 PM 2 comments:

Quotations for the time being / To be put into action immediately 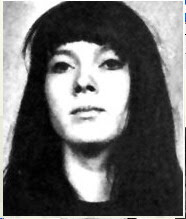 It is not up to us to litigate in the courts of our enemies, who judge by other principles, by laws we do not recognise.


What this saying means, however, is that we long for an ordinary notion, one that we are already familiar with; consciousness feels as if, together with the mode of representation, the very ground where it stands solidly and is at home, has had the ground pulled from under it.


Events in one voice are left totally void in the other voice, which thus becomes the negation of the first.


The voices, brought into total accord with each other, are identical as the products of the tone row; they are, however, totally alien to each other and, in their accordance, actually hostile to each other.


. . . . not in order to create an ‘integrated work of art’ in which they all offer themselves up and are lost, but so that together with the drama they may further the common task in their different ways; and their relations with each other consist in this, that they lead to mutual alienation.


To know how to recognise and pick up the signs of power we are awaiting, which are everywhere; in the fundamental language of cryptograms, engraved on crystals, on shells, on rails, in clouds or in glass; inside snow, or light, or coal; on the hand, in the beams grouped round the magnetic poles, on wings.


But their Third Reich recalls
The house of Tar, the Assyrian, that mighty fortress
Which, according to the legend, could not be taken by any army, but
When one single, distinct word was spoken inside it
Fell to dust.


We are caught between two worlds, one which we do not recognise, and one which does not yet exist.


The asocial twilight phenomena in the margins of the system, the pathetic attempts to squint through the chinks in its walls, while revealing nothing of what is outside, illuminate all the more clearly the forces of decay within.


In the moral sphere, insofar as it is considered in the sphere of Being, the same transition from quantitative to qualitative takes place, and different qualities appear to base themselves on differences in magnitude. A ‘more’ or ‘less’ suffices to transgress the limit of levity, where something quite different, namely, crime, appears; whereby right passes into wrong, and virtue into vice - Thus too do states - other things being equal - derive a different qualitative character from difference.


By the morning I was so blank it is quite possible that people could not even see me.


. . . . one can only exist if things are in certain arrangement. Now it has occurred to me that in these arrangements there can be certain gaps.


. . . . the point is defined as a spatial location with no spatial dimension. This omits the fact that the point, bereft of spatial dimensions, still represents the temporal dimension, thanks to its duration. The point thus introduces the dimension of time into spatial organisation, which is the basis of a new elementary geometry. When the point is considered as a pure idea, geometry is infested with metaphysics and lends itself to the emptiest constructions of metaphysics. Nothing is left of it.


Music is the organisation of sound existing in time, its dimensions hanging in space. The problem was reorganisation of ingredients to discover surprise. Harmonic changes provided yesterday’s dynamism. Additive technique, extended phrases, slowing down of harmonic motion, diads, clusters replace chords built on thirds. Rhythmic possibilities are expanded, and knowledge of given time is understood. And the ecstatic compression of time’s energy produces twelve, sixteen and thirty-two measures - complete sketches, improvisation, content and shape becoming one.


In each single scientific discipline new assumptions are introduced without any deductive basis, and in each discipline previous problems are declared solved as emphatically as the impossibility of solving them in any other context is asserted.


Out of his profound inner emptiness echo the distant, new commands, and from this echo future generations learn their language . . . . The necessity which appears to be built into the framework, is neither a causal, nor a magical necessity. It is the unarticulated necessity of defiance, in which the self brings forth its utterances.


In the enemy language it is necessary to lie
Posted by Sean Bonney at 3:36 AM 1 comment: