Letter on Harmony and Sacrifice 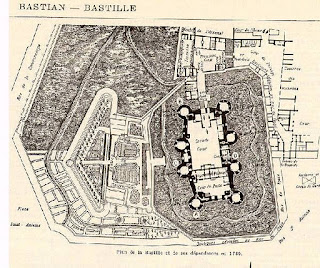 I’ve been thinking about the riots again lately. It seems to me, sometimes, that the week in which they happened has been compressed, buried somewhere in the distant past, and we’ve all been trapped within its shell. Nothing has happened since then, nothing at all - or rather, everything that has happened has been blind scratchings at the walls of that week, on and on, hurtling further and further back in time. Its a purgatory which I suspect we will only be able to escape from when Margaret Thatcher dies. Can you understand what I’m saying? Actually, I was talking to a friend a couple of days ago about what “understanding” might actually mean. “Understanding”, he said, “is precisely what is incompatible with the bourgeois mind”. For some reason I started thinking about the final scene in Lindsay Anderson’s film If. You know it, of course - everybody does. Malcolm McDowell and his crew are sitting on the roof of the school, firing at all the teachers and parents and other kids, and then in a brief pause, the headmaster steps forward. He thinks he’s such a liberal, you recall. “Boys”, he implores. “boys - I understand you”. Yeh. And so the character played by Christine Noonan - one of the few characters in the film who isn’t a “boy” - she shoots him right in the centre of his forehead. You know what I’m getting at - that bullet is his understanding, plain and simple, tho I’m not quite clear just how incompatible it is with the headmaster’s presumably bourgeois sense of beauty, love and imagination, or indeed his understanding, ultimately, of himself and of everything else - including his killer. A killer who is identified only as “the girl” in the cast list, even tho she’s obviously the central figure in the film. Anyway, I’m getting off the point: Margaret Thatcher, and her strange relationship with the combined central nervous systems of all of the people who were picked up in the weeks following the riots, around 3000 of them. It is, of course, a very tricky equation, and has to take into consideration all of the highly complex interactions between the cosmological circuit of the entire history of the city (as perimeter) with the controlled circle of each of the riot prisoner’s skulls (at the centre). There are those who say Thatcher is just a frail old woman and we shouldn’t pick on her. I prefer to think of her as a temporal seizure whose magnetosphere may well be growing more unstable and unpredictable, and so demonstrably more cruel, but whose radio signature is by no means showing any signs of decreasing in intensity any time soon. They can hear it on fucking Saturn. The paradox being, of course, that Thatcher herself sits far outside any cluster of understanding the bourgeois mind could possibly take into account. But in any case, its clear to me the heroes of Lindsay Anderson’s If, had they lived, would have ended up as minor members of the Thatcher Cabinet, or at least as backbench Tory MPs. But we don’t know whether or not they do live: the film freezes on McDowell, sliding down the school roof, blasting away, his face not quite fearful, not quite anything. Then silence. Just like the riots, they stay where they are, and so does everything else, fixed into that single, fearful second. According to some cosmological systems, and ones not so far removed from our own as we would maybe imagine, when anyone dies - be that Margaret Thatcher or Mark Duggan - they take their place among what are called the “invisibles”, traditionally opening up a gap in social time, a system of antimatter in which nobody can live, but from which new understandings and arrangements of social harmony may be imagined. Music, for example. Or the killing of a “king”, etc. But while I’d like that to be true, its essentially hymn-singing, a benevolent glister on the anticyclonic storms of business-as-usual rotating counterclockwise at ever increasing speeds into the past and into the future. I take those “invisibles” as being not too dissimilar to so-called “undesirables”, all those refugees banged up in the various holding cells that cluster in rings outside airports and cities etc. That is, objects of human sacrifice which vicious and simplistic systems use to sustain a sinister and invisible harmony where everything spins on its own specified orbit and everything remains in its preordained place; everything that is except the ever increasing density of suffering, as pressure increases and one by one we vanish into some foul and unlikely parallel dimension. You know, like a government building or something. A cathedral, for example. Or a medieval jail. Or a Heckler & Koch MP5 (Police Issue). Anyway, I’m rambling now. I know full well that none of the above is likely to help us to understand, or break out of, or even enter, the intense surges of radio emissions we’re trapped inside. Cyclones and anticyclones. Like, I’m certainly not proposing Thatcher as a counter-sacrifice, however tempting and, in the short term, satisfying that may be. It would be impossible: every Daily Mail reader would understand exactly what we were doing. Its horrible. I feel like its gonna be the 6th August 2011 for ever. Christ, for all I know its still 13th October 1925. The estimated costs of the August Riots were around £100 million. You can get 46 rounds of the ammunition that killed Mark Duggan for 15 dollars and 99 cents. On Amazon. For the police its probably far cheaper, and right now that's the clearest definition of harmony I can get to. Happy new year.
Posted by Sean Bonney at 4:22 PM 4 comments: 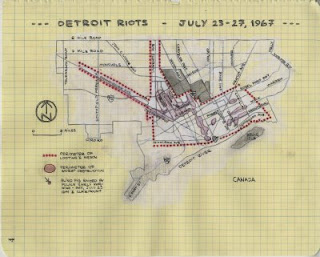 Sorry / I wasn’t talking to you
but factory rhythms / your mouths
are not unbroken infernos
inside your personal numbers
in each of those numbers a starling
in each of its beaks a startled knife
sorry / we are not that knife
on the city’s outer circuit / frugal
& unbroken. This sentence was never
declared & is a used surface, a
geiger trap or love’s blunted blade
well screw that & the point of our face
is they screwed it shut. Things grow
The perimeter scratches are fearsome

ie the sentence was never declared but punctured, and the rings of the city are sharp metronomic traps, all of them stored in (1) the villages we burned (2) the impact sphere of (number) rubber bullets and feral longitudes all occupied by your local jobcentre, which of course its clients understand as, at best (3) Alan Sugar screeching in utter fear . . . .
Posted by Sean Bonney at 3:34 AM 1 comment: 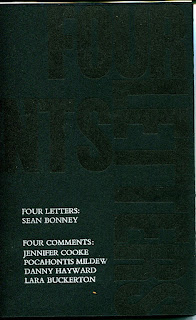 "Reality must become polemical before we (the enemy) are jolted from our complacency" - Danny Hayward.