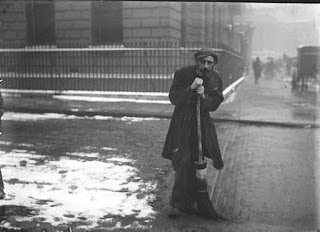 with his knees and his fists in bituminous black - Garcia Lorca

ok think this / or as in scabies, social ones
in any fiscal exit, in any skaldic bullet glass
is spinning: like the scorn of andromeda
would compress our picket cells, as infinite
scratch that /  with all your social nails, like
literally, inside our cutting waters, nails, like
inside our stuttered fall / & capital is mind
o frozen predicate: as in any social microbe
is mundane and berserk, as any slave ship, as
any social drunken boat, as in any scabrous
general strike, o scarab: would scratch this
numbered surface bone / like our finite scorn
of prison nails / this thing has fourteen lines
as in picket lines / like venus in a closing sky

October 2012: Blanqui is still in jail, and as the cosmological city plan becomes ever more compressed, each human body comes to resemble a conspiratorial cell. This is individualism: all of us fixed into a collective table of anti-matter that no-one believes in, despite how much its wild flashing may sometimes portend trouble. Official speech takes on the rhythms of chicken bones, glue and feathers cast across a receding social sphere, and the antiphonic interplay of megaphones disperses like the dust of imploding stars. Within this reactionary net, the poem is negation, which simply means that it is false. A hopeless omen that longs to rupture the tyrannical banality of the ‘true’.
Posted by Sean Bonney at 5:55 AM