Our Death 3 / A Note on my Recent Poetics 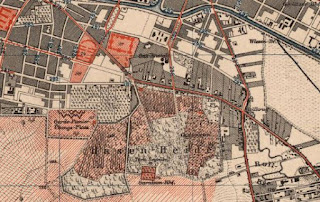 I stopped smoking pot a few months ago because it was making me paranoid, but since then most days I’ve been taking potentially fatal doses of amphetamine. Its almost certainly making me psychotic, but it does at least have the advantage of saving me from the vast cataclysm that sleep has become. Most mornings I feel uneasy, visible and invisible at the same time, trapped between the proverbial two worlds, neither of which I’m prepared to accept or even tolerate. I can’t tell them apart anyway - everything’s functioning at some kind of stroboscopic level, where the invisible world is populated by a gaggle of flesh and blood insomniacs staggering around after a shipwreck, and the visible one by a weird star-map, a network of knots and tumours that up until now have been locked somewhere in the centre of the earth, a hell of alphabets and spectral injustices that we can summarise as a string of cysts arranged in strings along the chronology. Lets see. There was the poll tax revolt. There were punk houses. There was ecstasy and acid and free parties. The criminal justice bill. Britpop. The rise of the ironic wank. The phrase zero tolerance. The boredom of enforced hedonism. The skeleton of Tony Blair. The flames of humanitarian intervention. The inevitability of jihad. And thats just one more or less arbitrary little cluster, a hall of various mirrors that every morning I chop and snort increasingly gargantuan lines from until, in the words of Ernst Bloch, “years become minutes, as in legends where, in the apparent time span of a single night, a witch cheats her victim out of a long life”. And I don’t know whether I identify with that witch or not, but I do know that there are some mornings when I consider the possibility of powdering Blair’s bones, and then casting them at the feet of various monuments - say for example the statues that encircle Trafalgar Square - so as to transform them into real demons. The crisis, or whatever it is we’re supposed to call it. The ruins of the Ritz, for example. The broken glass of Millbank. The jail terms of the rioters. Ah shit. The smell of blood is overpowering. I have very serious doubts that my body will survive the current catastrophe but, what the hell, I know for a fact that my shadow will never be seen inside the Cities of the Dead. My skeleton, however, and those of my friends, may well one day be seen dancing on their embers. Their ashes. See you later. It is becoming increasingly clear that Thatcher faked her death.