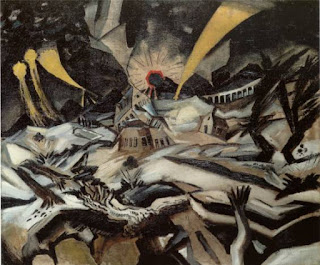 And so you wake up in the morning and say there is someone encircling the city and you don’t know what they want. Something to do with hospitals, with whiskey bars etc. When the sun flashes everything disappears. Mercury in place of salt. The serial number of the knife that will do Theresa May. You open your eyes, everything is the same as it was before - a fatal shift entirely imperceptible. Black trees make thin sounds across the sky. Our collective pain an infra-red means of seeing in the dark, of tracing the constellations of footsteps that keep us fixed inside this place.

You try to remember what it was first made you so hate what you still like to call the so-called ‘straight world’. You grew up in the 1980s. Most nights you would dream about the nuclear war. American planes would fly across your town. Every hour, across your small town, huge invisible noises. Planes and missiles. You barely thought about them, but they set up new numbers. Every hour a new sentence was spoken. It would end before our death it would continue long after. Etc. You wore badges, went on demoes. But the noises, you decide, were something else. Long afterwards, you are still making calculations based on the numbers they left in the weirdness of the air. The other half of the firmament, you call them. It was Pasolini’s term for ‘death’. Its ghosts still circle the town. A sheer murderous rock that cannot be murderous because it is not human.
Posted by Sean Bonney at 3:05 AM